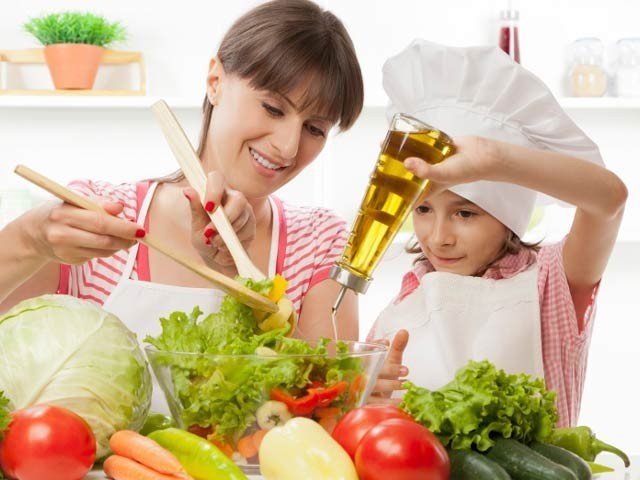 Almost all mothers alike have complained that their babies do not eat a healthy diet and consume bad foods instead of vegetables. Kids’ cooking shows can solve this problem to a great extent.
A study has been published in the Journal of Nutrition Education and Behavior which says that if children are shown cooking shows in which healthy cooking is done for them, it will help them to cook or cook it themselves. Increases by 2.7 times. In contrast, children who are shown other programs or cartoons do not benefit.

Although this study is very short, it has statistical significance. Experts at Tilburg University selected 125 children between the ages of 10 and 12. With the permission of parents, children from five Dutch schools were shown a ten-minute TV show that featured healthy cooking for their children. After watching the program, children were offered two types of food, namely chips and salted patties, or pieces of apple and vegetables.

Children who viewed a healthy eating program immediately chose a healthier diet and their tendency was two and a half times higher than that of other children. This research directly suggests that this strategy can lead children to useful foods themselves. That way parents can encourage their children toward fruits and vegetables.

But there is one more benefit to this approach that teenagers are interested in cooking that will help them to learn life lessons and patience later in life.