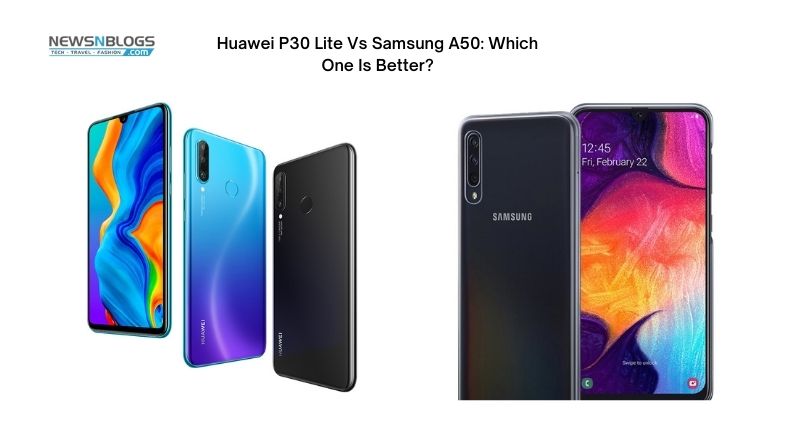 There are several mid-rangers battling for the top spot, each with its own set of positives and negatives. Samsung and Huawei, two of the most well-known names in the mobile industry, have introduced their rivals. Huawei P30 lite and Samsung Galaxy A50 are two of the best mid-range smartphones in their class if you want a device that meets your needs and has cameras that really can allow you to take amazing shots.

In this post, we’ll compare and contrast both the devices in each and every context. Then we will compare the features of the Huawei P30 Lite vs Samsung A50 and analyze the difference between them and finally comes to the point that which should be a perfect deal for you.

Both the Huawei P30 Lite and the Samsung Galaxy A50 have appealing designs with sleek backs that come in a variety of colors. The fronts of both phones have notched displays, with thin bezels across the sides and bottom.

The P30 Lite shines in terms of portability and efficiency. In comparison to the Huawei P30 Lite, the A50 is more convenient to carry in your hands and has a lot greater control. In the same way, the A50 has a broader feel in the hands.

When it comes to building quality, the P30 Lite stands out with a 3D glossy finish that looks and feels more elegant than the Galaxy A50’s plastic coating. The feature where both devices lack as there is no Gorilla glass protection for both devices to protect their screens. So we strongly encourage you to use the transparent silicone case included in their boxes.

You can purchase the Huawei P30 Lite in a variety of colors, including sapphire blue, midnight black, aurora purple, and pearl white, with sleek chrome color variants on the triple-camera and fingerprint sensor on the rare. In the Huawei P30 Lite review, we find its back reveals stunning multiple s-line reflections.

The colors in which Samsung Galaxy A50 comes are blue, white, and black. Both have cameras that hang down from the body. The A50’s fingerprint sensor is integrated into the display. Traditional fingerprint scanners, in our experience, are still quicker and more accurate than in-screen ones.

In comparison to the Huawei P30 Lite, the Galaxy A50 provides a promising visual experience that can lead to gaming, thanks to its larger 6.4-inch display and Samsung’s AMOLED display panel. The resolution is decent at this price point; 2,340 x 1,080 pixels is still good. Colors shine brightly and vibrant, and sunlight legibility is higher than normal.

When the phone is locked, the Galaxy A50 facilitates Samsung‘s Always On Display function, which displays notifications and widgets on a black screen. This is excellent for extending the life of the battery.

When moving towards the Huawei P30 Lite, it is also not far away from Samsung. The IPS panel is clear and vivid, and while it doesn’t fit the Super AMOLED’s deep blacks, it’s not poor.

The LCD screen on the Huawei P30 Lite measures 6.15 inches in a diagonal direction. It also has a stunning overall appearance, with detailed textures, good contrast, and minimal color change. It can also be bright enough for outdoor use.

When it comes to cameras, the P30 Lite and Galaxy A50 both have a triple camera setup and a solo front-selfie lens.  A 24-megapixel primary camera, an 8-megapixel sensor behind an ultra-wide lens, and a 2-megapixel depth sensor replicate a subtly blurred background in Huawei’s camera system.

On the other side, a 25-megapixel camera, an 8-megapixel wide-angle lens, and a 5-megapixel depth-sensing aperture for bokeh are all included in the Samsung A50.

The first thing I found when checking both of these cameras is they’re not color specific. Both of their photographs have a strong presence and are unique in their own right.

The Huawei P30 Lite excels in low-light photography, outperforming the competition image after image. You can get some fairly simple and descriptive photos of dimmed scenes if you use the AI mode. There’s also a handheld Night mode for the main camera, which allows the phone to capture photographs in low-light situations without the use of a tripod. However, we hope it was also available on the wide-angle camera.

The Samsung Galaxy A50, on the other side, creates blurry, unsatisfying night images with both standard and broad lenses. The absence of a dedicated night mode badly hampers the point-and-shoot experience as the light darkens.

The Huawei P30 Lite has a Kirin 710 chip, while the Samsung phone contains an Exynos 9610 chip for the first time. Both processors are octa-core, with four high-end Cortex-A73 and four Cortex-A53 cores, as well as 6GB of RAM and 128GB of storage that can be extended with a microSD card.

In comparison to many other mid-range processors, the Kirin 710 and Exynos 9610 perform better than average in everyday use. They’re capable of running the most recent and challenging games in moderate to a high specification. Multitasking is a breeze with these processors, and day-to-day activities can pass away.

Gaming on the A50, however, is marginally stronger. With some lag and choppiness, you can enjoy PUBG in high settings. However, you can play this game on the P30 Lite with medium settings at peak, which runs smoothly. The Huawei P30 Lite breezes through most activities, and it’s even more impressive when the phone is idle and the screen is turned off.

The Huawei P30 Lite has a 3,340mAh capacity battery compared to the Galaxy A50’s 4,000mAh. You may consider that the larger battery gives the Samsung A50 a significant mileage edge, but keep in mind that it’s also powering a larger display that can remain on to device alerts and widgets. So, despite the larger size, the Galaxy A50 does not last as long as you would expect.

According to our tests, both phones would last about a day and a half under normal circumstances, but the A50 will die a little faster if you use the screen’s always-on feature all the time.

Both phones have Quick Charging Technology, with the Galaxy A50 having 15-watt fast charging and the Huawei P30 Lite having 18-watt rapid charging. Both phones have a USB-C port on the bottom, and also quick charge capabilities. The Huawei P30 Lite, on the other hand, can charge much faster, thanks to its smaller battery and the fact that it can be charged with Huawei’s 18-watt SuperCharge power bank.

According to Huawei, the battery can be charged from zero to full in 105 minutes, which is exceptional in this context. Since the Galaxy A50 only supports 15-watt fast charging, the charging time would be longer.

So, to summarise, both of these devices are extremely competitive in terms of their features. However, when it comes to price, the A50 is a little less expensive and comes with 4/64Gb of storage. For a little more money, you can get the P30 Lite with 6/128 GB of storage.

Each phone has its own unique strengths and is excellent in a variety of ways. Though the Samsung Galaxy A50 is a good phone, the Huawei P30 Lite is the clear winner in terms of design, overall performance, one-handed use, camera, and quick charging. 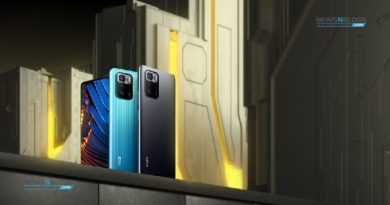 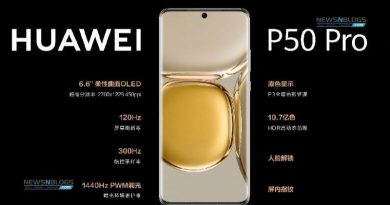