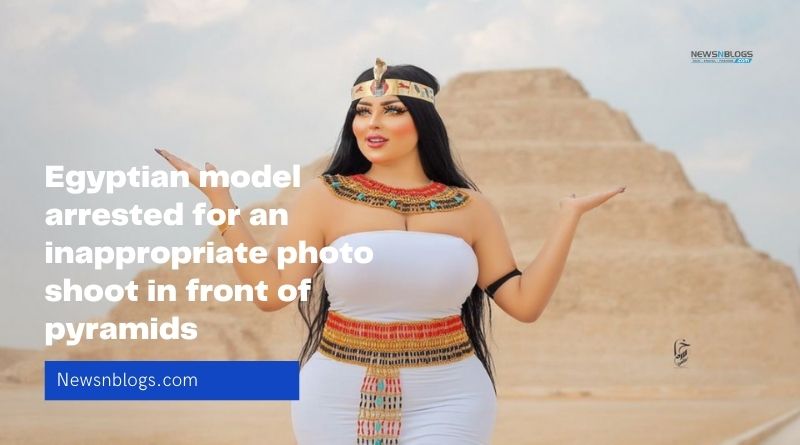 An Egyptian fashion model and activist on Instagram has been arrested for posting inappropriate photos outside Cairo and sharing them on social media.

However, the arrest of the female model was later criticized on social media and she was later released on bail. The model is identified as Salma ElShimy, who was arrested along with her photographer Hussein Mohammed.

It is said that the model dressed in the style of the ancient Egyptian pharaohs and had this photoshoot in front of the cemetery of the pharaohs of ancient Egypt.

When contacted by a foreign media outlet, Egyptian officials confirmed that a photographer had been arrested for shooting private photos with dancer Salma ElShimy in an archeological zone. They further said that now the case of this photographer will be sent to the concerned court.

It should be noted that as soon as Salma ElShimy shared her photos and videos on Instagram, social media users had declared these photos inappropriate.

On the other hand, Salma ElShimy said that she did not know that it is forbidden to take pictures on archeological sites without permission. He said the aim was not to discredit Egyptian culture but to promote tourism.