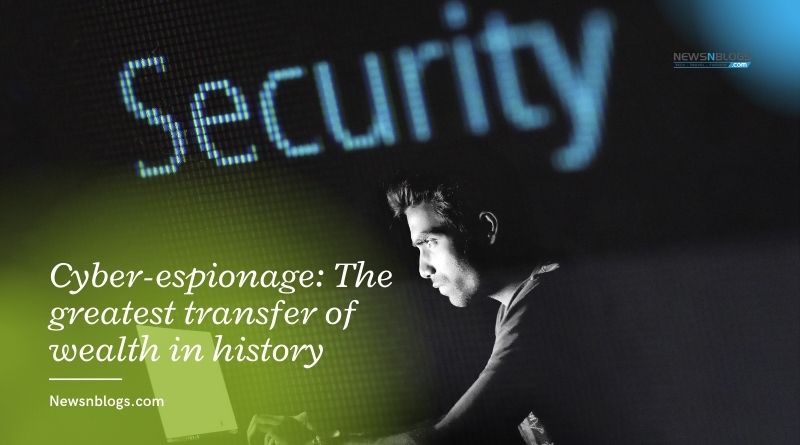 Hacking, in general, refers to a breach of security by an individual or a group of hackers who steal personal data and misuse them o sell them to persons or groups that could misuse them solely for personal gains and illegally. The malicious hackers that indulge in such activities are known as the black hat hackers or non – ethical hackers. These may be, as already mentioned, and maybe communities or sole individuals.

Cyber espionage is the activity of breaching the security of a network and stealing credentials and data for misuse illegally. It is also known as cyber spying. The network in such cases is usually owned by governments. There are several communities that indulge in cyber espionage and causing havoc. They generally use proxy servers for the purpose, tools like Trojan horses, spyware, etc.

Although hackers may belong to any demarcated land or country and possess the potential to affect any individual/network at any place in the world remotely, lately, cyber-espionage has been tracked mostly to being handled from the Middle East region. Besides the Middle East region, on a country basis, China has been estimated to be the seat of most serious attempts of cyber espionage while US sites of defense and Government, as well as stock sites, are the main target of cyber espionage from all parts of the world for the obvious reasons.

The techniques like a watering hole, etc., have been recorded and estimated to be the most used and most profitable ones for the black hat hackers. According to the statistics, Symantec loses about $114 billion per annum due to cyber espionage, whereas McAfee loses approximately $1 trillion in the same time frame.

On the other hand, the UK loses about £16.8 billion as per a report published in 2012. These numbers are just mere calculations of the losses, the breaches of security cost also to the private information that may not be recorded as in monetary values.

The revealed cases of cyber espionage:-

Operation Aurora: ranging in operation from mid-2009 to the end of the year, it was revealed by 2010. This was said to affect quite a number of sites like the Adobe systems, Dow chemical, etc., and was locate to have been attempted from China.

Flame: it was unfolded in May 2012 by Kaspersky Labs that was located to have been attempted from the Middle East region. This had sophistication and potential that was quite extraordinary and posed a huge threat to the target country.

This is also correlated with social poisoning, where the hacker sends potential links, viruses via email, text messages, etc., to steal fed data via the links by the user. It may also be sent on target to the employees of target organizations who may be totally unsuspecting of the threat. This way also has emerged as a potential risk nowadays, thus restraining the employees from using the software and hardware provided by the organization and none other than that. Unsuspecting and quite normal users of social media and interacting platforms instigate other users to openly share their private details like local address, bank details, phone numbers, etc. and catch the easy prey.

This can be done away with talented and certified ethical hackers that are certified with the required certifications. The general myths about hacking need to be broken, and the positive aspects of the ethical hacking need to be put forth and shed some light up for the general awareness of the population. Every organization requires talented and certified professionals to manage, create, and run secure networks, as primarily most of the tasks of an IT firm are done online over the internet.