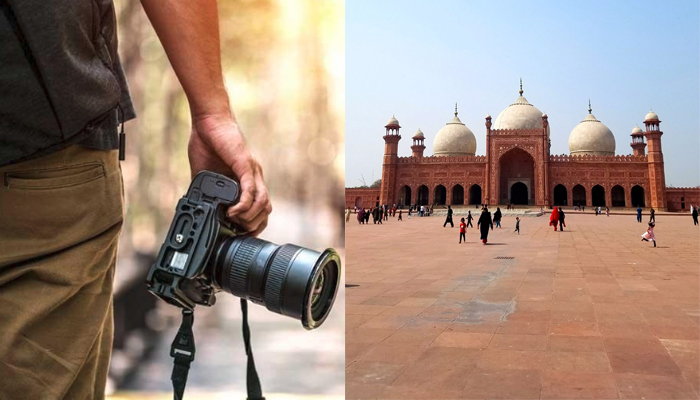 The famous mosque of Lahore has been banned for wedding photography. Badshahi Mosque is one of the beautiful, ancient and cultural mosques of Pakistan. Built in 1673, this mosque attracts the attention of millions of tourists every year.

Over the years, this mosque has become the place of marriage for everyone. Whether the marriage is of a common man or of a celebrity, everyone chooses a kingdom mosque to make their marriage memorable and for good pictures.

One source has revealed that photography has been banned in the Badshahi Masjid this month since December 19, following the ban where photographers are happy with the future of the newly married couple.

According to the photographers, before the ban, they were given only 15 minutes for photography which is very short and they had to wait their turn. On the other hand, people who had booked for a wedding photoshoot in the Kingdom mosque before being banned will now only be allowed photography, except that no one else will be booked.

In connection with the ban on the mosque, Syed Tobi Amir, the second wife of Dr. Aamir Liaquat, also tweeted on the social networking site. 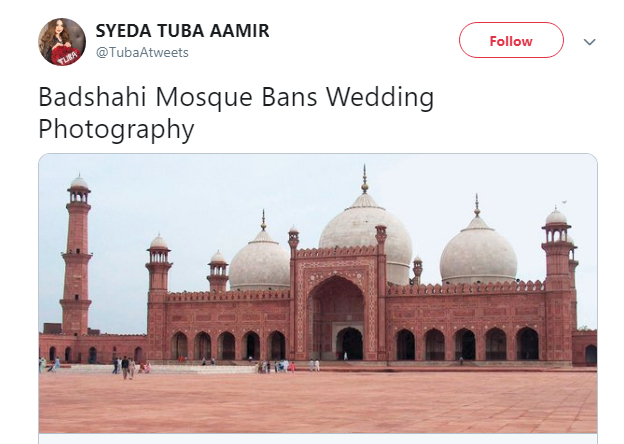