The popular search engine Google has announced the addition of new and important features to protect users’ passwords and protect their data from hackers in the Chrome browser.

Last October, Google introduced a webpage in the form of a password manager app to protect the passwords of Chrome users, allowing them to determine how secure all their passwords are in Google Chrome. Hacking was not encountered. Now Google has announced the addition of the aforementioned webpage as a feature to protect Chrome users’ passwords and data security.

According to Google, a new feature is being added to Chrome that will alert users immediately in case of a password or data hack. That is, when Chrome users login to a password, the browser will be notified that the user has used their password as a result of their data being hacked. 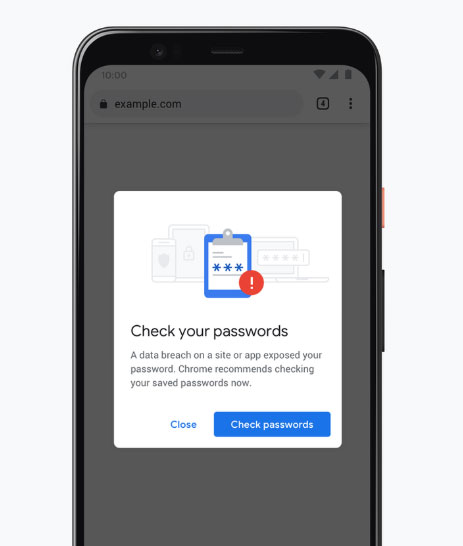 Under the new feature, Chrome users will also be informed of how many different hacked passwords are being used, as well as the option to change their passwords.

This means that this feature will facilitate that Chrome users will not have to go to any next window to know about the security of their secret code, but at the same time, they will be instructed to protect the data and password.

Google says the new feature will be built on the Google Safe Browser database, which will save users’ passwords and their information 30% more effectively than before. Google Chrome’s new security feature will be rolling out next week.