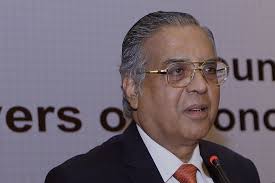 12 million people are expected to be Jobless this year

Must Read: The Government will take a loan of Rs 1900 billion More by July