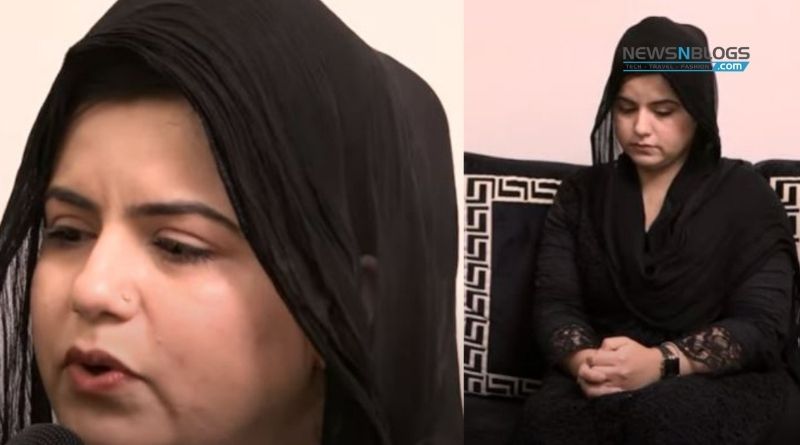 Ayesha Akram was making a video for her TikTok account with her team of 7 members at Lahore’s Greater Iqbal Park near Minar-e-Pakistan on Pakistan Independence Day. During the filming of the TikTok video, this incident took place and the girl (Ayesha Akram) was sexually harassed and stripped by a group of 300 to 400 men. As per Ayesha Akram’s statement around 300-400 men went as far as they tear her clothes while passing her around between each other.

The video in which Ayesha Akram was being sexually harassed, grouped, and molested went viral on social media. This incident happened on the day of Pakistan’s Independence. Here’s the detail of how this all started.

Who is Ayesha Akram?

Ayesha Akram belongs to Lahore and she is a TikToker. Ayesha Akram got famous when she went to Lahore’s Greater Iqbal Park on 14 August on the day of Pakistan’s Independence and this horrifying incident happened to her. She was there at Miner-e-Pakistan with a group of her 7 friends and her purpose of the visit was to make the video for her TikTok followers. But around 300-400 men started sexually harassing and groping her and the video of this incident went viral on social media.

Tiktok star Ayesha Akram was filming videos for her Tiktok account with her group of friends at Lahore’s Greater Iqbal Park near Minar-e-Pakistan on Independence Day when this incident took place and the girl was sexually harassed, groped and stripped by 300-400 men, who went as far as to tear her clothes while passing her around between each other.

These men attacked Ayesha along with her friends at Minar-e-Pakistan even though the group tried to escape but failed because of the crowd being too large.

This is one of the many videos that are being shared on WhatsApp groups showing how men were groping her and touching her. Look at the number of people in this video!! All she wanted to do was celebrate Independence Day at minar e Pakistan. Is that a crime? pic.twitter.com/9LPaWAo4wQ

According to the details, the park’s security guard tried to help and even opened up around Minar-e-Pakistan but the crowd followed them as people were scaling the enclosure.

“However, the crowd was huge and people were scaling the enclosure and coming towards us. People were pushing and pulling me to the extent that they tore my clothes. Several people tried to help me but the crowd was too huge and they kept throwing me in the air,” Ayesha Akram said

The mob reportedly took the girl’s ring and earrings as well as stole her friend’s mobile phone, CNIC, and Rs. 15,000 cash on hand while they attacked the group of friends and harassed the girl at Minar-e-Pakistan.

In yet another terrifying episode of violence against women amid a rise in such incidences, a woman in Lahore’s Greater Iqbal Park was assaulted by hundreds of men on August 14.

A case has been registered by the police against hundreds of unknown persons for attacking a female TikToker and her friends at the Greater Iqbal Park – Minar e Pakistan on Independence Day.

The FIR has been registered at the Lorry Adda police station against anonymous accused on the grievance of the victim under sections 354 A (assault or use of criminal force against woman and stripping her of her clothes), 382 (theft after preparation made for causing death, hurt or restraint in order to commit the theft), 147 (rioting) and 149 (unlawful assembly) of the Pakistan Penal Code, local media reported.

“However, the crowd was huge and people were scaling the enclosure and coming towards us. People were pushing and pulling me to the extent that they tore my clothes. Several people tried to help me but the crowd was too huge and they kept throwing me in the air,” she said.

The victim stated in her statement to the police that she went to make a video near Minar-e-Pakistan on Independence Day along with her six friends that’s when a huge mob of 300 to 400 people assaulted and harassed them.

She also stated that they strained to escape from the disturbing situation but all in the strain as the crowd was enormous and fierce. It was also claimed in the statement to the Police that the people attacked them in such a way her clothes were even torn.

During the disturbing episode, her ring and earrings were also snatched, adding that a mobile phone of her friend, and some cash were also stolen, stated the TikToker.

Furthermore, Lahore DIG Operations Sajid Kiyani ordered the superintendent of police (SP) to seize the accused instantly by identifying the suspects from the video circulating on social media.