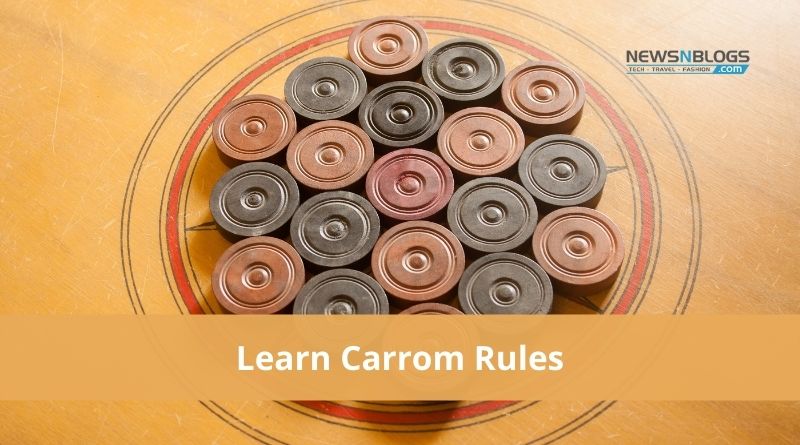 Do you love carrom games? Are you thinking about learning carrom and becoming a pro in it? If you have these questions in your head, then you are at the right place. Carrom is one of the popular indoor games, which can sharpen your gaming skills. It is especially popular among teenagers. It is a table game that emerged from South Asian and Middle East countries.

Also, you can play carrom with your family and friends online on your smartphones. There are many gaming platforms which offer carrom such as Getmega, carrom pool, carrom mania, carrom king and so on. It is a lot of fun and everyone can play this game no matter their age group. It is one of the highly sought-after games in the present time.

In offline mode, the carrom needs to have a wooden board that has four pockets. The players have to flick the striker to pocket the disc in one of the pockets. The main objective of the game is to collect the points by sinking nine carroms. This game is quite exciting and it requires physical as well as mental presence to play carrom

Now let’s look at the carrom rules that are very important to understand.

Rules of carrom that every player needs to understand

It is the first carrom rule which is used at the beginning of the game. The first player will always play white and he has to break the circle in the middle of the circle by using the striker. If the player strikes the pocket of any of the pieces, then he will get another turn. The player will continue his hit unless he has an empty pocket. The player has to return the striker to the rectangle after every shot to make a new shot.

All the players will continue to shoot the striker in their respective turns. In double games, this turn will be an anti-clock that means from right to left.

You must be careful enough while playing carrom as you might commit fouls, which will make you pay a penalty. If you make a foul, then your turn will end and a penalty will occur. As a penalty, you will have to put your one pocket coin in the card, which will be placed by your opponent in the main circle. One thing you must keep in mind is that your opponent will always put the coin to his advantage.

Following are situations in which foul can be considered under carrom rules.

The board which is used to play the carrom is known as around. When the queen is covered by any one player, then the player which has pocketed all his coins first will be considered as the winner. Each coin that is left by the opponent will give one point to the winner. And the queen will give 3 points to the winners. When the winner scores reach 22, then no points will be given to the queen.

At the end of the game

There is no fixed number of rounds in the carrom rule. Only the score will be added in each round. And when the player hits the 29th point or any other higher number, then the player will be considered as the winner.

Now you know the carrom rules. You must be excited to play it but the exciting part is that you can win amazing rewards and cash rewards by playing carrom online. Many gaming platforms offer this opportunity and you can try this game on Getmega gaming app. It is one of the reliable platforms on which you can also learn the game to play. Carrom is an indoor game so you can also try offline but it needs a board and pocket so for the moment you should offline and try online and if you are sure you want to play it offline as well, then you should go with your plan

For any query email us at [email protected]ewsnblogs.com