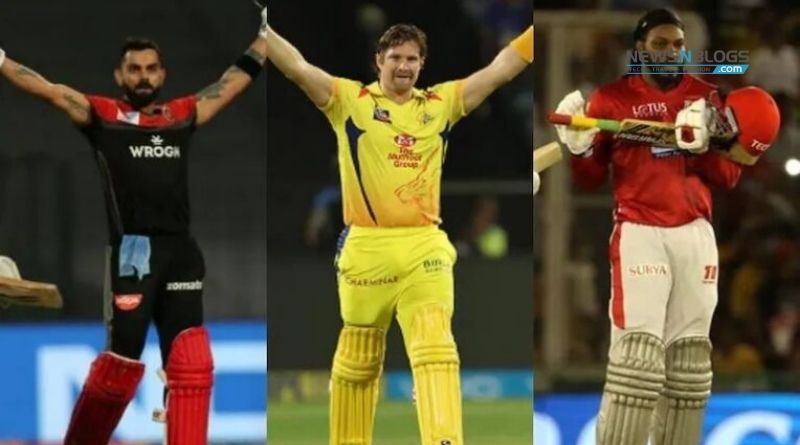 Nothing makes the career of batsmen worthwhile like a few century scores. Some cricketers have been lucky enough to garner more than two centuries, putting their names higher on the list of most hundreds scored in IPL.

Top 5 Batsmen With The Most IPL Centuries 2021

Every batter who plays in the IPL has their eyes set on scoring the most centuries in the T20 tournament. Many cricketers have made it to history books as top achievers, but only a selection of them have managed to retain their swagger throughout the IPL editions. These players always have their eyes set on scoring, and they have maintained their consistency throughout every match. We will be looking into detail the performance of the five most outstanding IPL players to score the most 100s in IPL.

Perhaps the most feared and respected batsman, Chris Gayle, has been a nightmare to bowlers since he joined Royal Challengers Bangalore. He has a record for having the highest individual score in the history of IPL, with 175 runs. The left-handed batter from West Indies has also recorded the most hundreds in IPL. Even though he switched teams and now plays for Kings XI Punjab, Chris Gayle has played 139 innings scoring a total of 4950 runs in T20.

Virat Kohli is ranked second among the highest centuries in IPL history as the greatest batsman in the new generation. The team India and Royal Challengers Bangalore captain is a treat for the eye, and frequently he always has a different touch to his play. Since his debut in the under-19 world cup, he has challenged bowlers, and his success in the short format is a work of mastery only a few players can achieve. Virat Kohli has achieved 5 centuries in IPL history, with his outstanding performance in the IPL edition of 2016, where he lead his team to the finals. His last recorded century came in 2019 when his team played against KKR with a 100-run knock.

The Australian national has had a successful play as an overseas player in the IPL. His remarkable accomplishments come as a result of his excellent strike rate. He showed his exclusive sportsmanship when he was part of the IPL, and many bowlers would get tensed anytime he stepped into the pitch. Overall, Werner scored four centuries in only 148 innings, with his first century recorded in the IPL edition of 2010. In 2012, he got his second century with 109 runs against Deccan Chargers and followed with his third century in 2017 after scoring 126 runs when playing KKR. His last recorded century was in 2019, after recording 100 runs playing against RCB. In total, he has aggregated 5447 runs from 148 innings.

Shane Watson is the second Australian cricketer to make it on the list, with 4 centuries scored in the IPL. The all-around cricketer scored his first century playing for Rajasthan Royals in the IPL edition of 2013 and the second one following in 2015 after reaching 104 runs. He topped his number of centuries when he scored two 100s playing for Chennai Super Kings in 2018—after scoring 106 runs against Rajasthan Royals and an unbeaten 117 runs over Sunrisers Hyderabad. Shane Watson has played remarkably across all the three cricket formats he has been involved in, and many fans believe the yellow CSK uniform is a perfect fit for Shane.

Ranking fifth among players with the most hundreds in IPL is AB De Villiers. The former South African batsman still graces fans with his unmatched batting techniques even after retiring from international cricket. He is the most outstanding batsman to ever play for Royal Challengers Bangalore with his impressive runs and spontaneous hitting style. His first century came in 2009 when playing against Chennai Super Kings, and the second one in 2015 after defeating Mumbai Indians by scoring 133 unbeaten runs. AB managed his third century in 2016 when playing against Gujarat lions with a 129 run. All his efforts and charm while playing seems to have paid out, with his 3 hundred landing him a spot among the most 100 in IPL.

To this point, we believe we have given the updated list of players with the most centuries in IPL from 2008 to 2021. Hopefully, this list will provide you with all the crucial details you might want to learn about the most outstanding IPL century scorers.