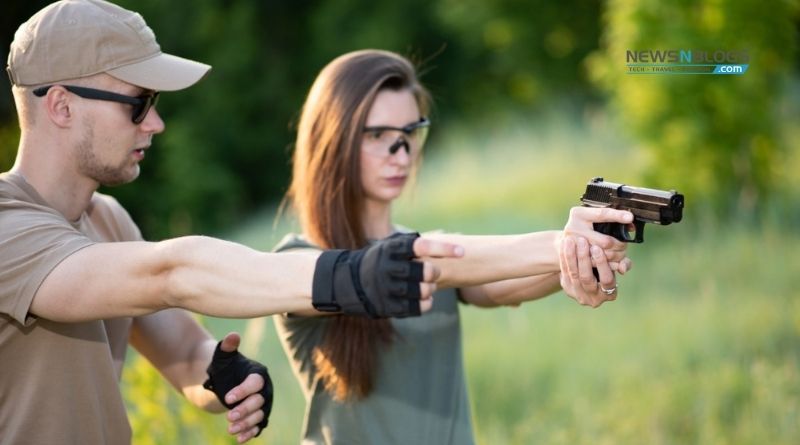 Experts suggest that there are over 265 million firearms in the United States that are owned by civilians. These weapons are owned for self-defense, hunting, and recreational hobbies such as skeet shooting.

However, in recent years, there has been a spike in gun-related violence. From school shootings to tragedies like the Pulse nightclub, there seems to be no safe place to go. Completing an 80 lower doesn’t require experience at all, and with some experience can be done in less than two hours.

Part of the remedy involves education. Some people inherit firearms from family members, which can often be heirloom pieces that date back over a century. Others buy firearms for self-defense or to pick up hunting.

No matter what group a gun owner finds themselves in, there’s no disputing the fact that responsible gun ownership saves lives. However, there are rules to the game.

By following these rules, you can rest easy as a responsible gun owner. That’s why we’ve assembled a guide to help you stay safe and responsible.

Firearms are the third-largest killer of American children. Why? America is often stereotyped as a ‘gun-happy’ society, and it’s true that more firearms are owned per capita than in other developed countries.

This means access to guns is relatively easy, particularly in situations where guns are not properly secured. With a lack of common sense and education, accidental gunshot wounds and shooting deaths occur.

It’s not just an issue with children. Shooting accidents occur even among demographics that are old enough to legally own guns. Drinking games such as Russian roulette are an easy example of irresponsible gun ownership. A gun is not a toy and should never be treated as such.

Assuming a gun is empty is a fast path to tragedy, too. Some owners insist that they can tell a gun is empty because of the weight. Or, they took the clip out.  None of those things mean that a bullet isn’t in the chamber. Squeezing the trigger, while a gun is pointed in the wrong direction, could result in disaster.

This is especially true for antique guns. Because they are older, they may have been manufactured differently. Or, they are experiencing wear and tear.  This could mean the trigger only takes a very light touch and not a committed squeeze like most modern firearms. If you accidentally brush the trigger of a weapon because you think it’s empty, someone could get hurt.

Be Conscious of Where It Is Aimed

It doesn’t matter if you’ve checked the bullet chamber five times, or if you’re staring at the safety and know that it’s on. When you have a gun in your hands, the rules of responsible gun ownership dictate that you always point it in a safe direction.  Are you cleaning a gun at your kitchen table? It shouldn’t be pointed toward the road where cars pass by and children play.

Are you hiking? It shouldn’t be pointed at the back of the person you’re hiking with if you’re behind them on a single-file trail. If a gun accidentally goes off, calculate the trajectory of the bullet. Will it go off harmlessly into the floor, or could it possibly hit a person? Account for the most ridiculous scenario that ‘would never happen.’

Gun safety and responsible gun ownership go hand in hand. Being responsible for all outcomes is part of that.

Americans for responsible gun owners have a few different options when it comes to gun education. Even if you live in a rural area, the best option is a designated shooting range. These areas are set up for safe target practice and are a great place to get comfortable with your firearm and improve your aim.

However, perfecting your aim is one thing. Knowing how to handle your weapon is another. That’s why training courses with top-notch pros are such a great option. For instance, what about using a firearm in a self-defense situation?

Professionals will often put you through drills that mimic real life: you will safely draw your handgun from a holster, fire at the target, and then re-holster the weapon.

Sometimes, you will shoot at multiple moving targets before re-holstering your firearm. Each time you participate in this type of training, you’ll be practicing responsible gun ownership.

The definition of responsible gun ownership is attitude. Why are you carrying a firearm, and are you truly qualified to do so?

Many proponents of Second Amendment rights are highly qualified, skilled individuals who wouldn’t dream of handling a gun in an unsafe manner. But some gun owners carry a gun to stroke their own ego, to feel like a bigger person, and to look intimidating.

Living in a fantasy of the Old West, where you can solve arguments with a duel and a drink, is a recipe for someone getting hurt. Often, it’s not the gun handler who gets hurt.

Instead, it’s an innocent bystander who pays the price for their egotistical inexperience. Being ready for the responsibility of carrying a weapon, particularly if you want to obtain certifications such as a concealed or open carry permit, is one of the primary tenets of being a responsible adult that owns a firearm.

Paranoia is also dangerous, too. Striving for condition yellow—a term used to describe a state of conscious alertness—is the best mental state to be in, as both a wary adult and a gun owner.

Depending on where you live, proper storage may even be a legal tenet of responsible gun ownership. Locking your guns in a safe is one of the best ways to prevent unauthorized access.

Storing clips or boxes of ammunition in a separate, locked safe is also a good idea. Separating them is required in some places, and is a good idea if you often have guests of varying ages over at your home.

Proper storage also prevents your firearms from being damaged in case of a natural disaster or stolen in case of a burglary.

In the interest of responsible gun ownership, knowledge and attitude are everything. This will prompt you to treat every firearm with respect, store them properly, and have the knowledge to use them in the right scenarios.

If you enjoyed this article, read the rest of our posts here!