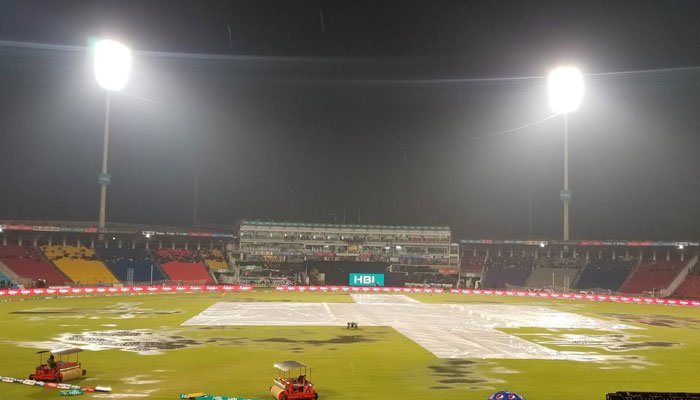 Defending champions Quetta Gladiators and Multan Sultanz’s 25th match of the Pakistan Super League (PSL) has been canceled due to rain. The rain started just before the scheduled match at Gaddafi Stadium in Lahore, which continued till late in the evening.

Due to continuous rainfall and accumulation of water in the field, the match has been canceled without a toss. After the cancellation of the match, both teams have been given one point.

Multan Sultan is leading the Points table of PSL 5, with 12 points Multan Sultan is on the top. One point has been given to Quetta Gladiator and now the total points of Quetta gladiators are 7 and Quetta still has chances for playoffs.