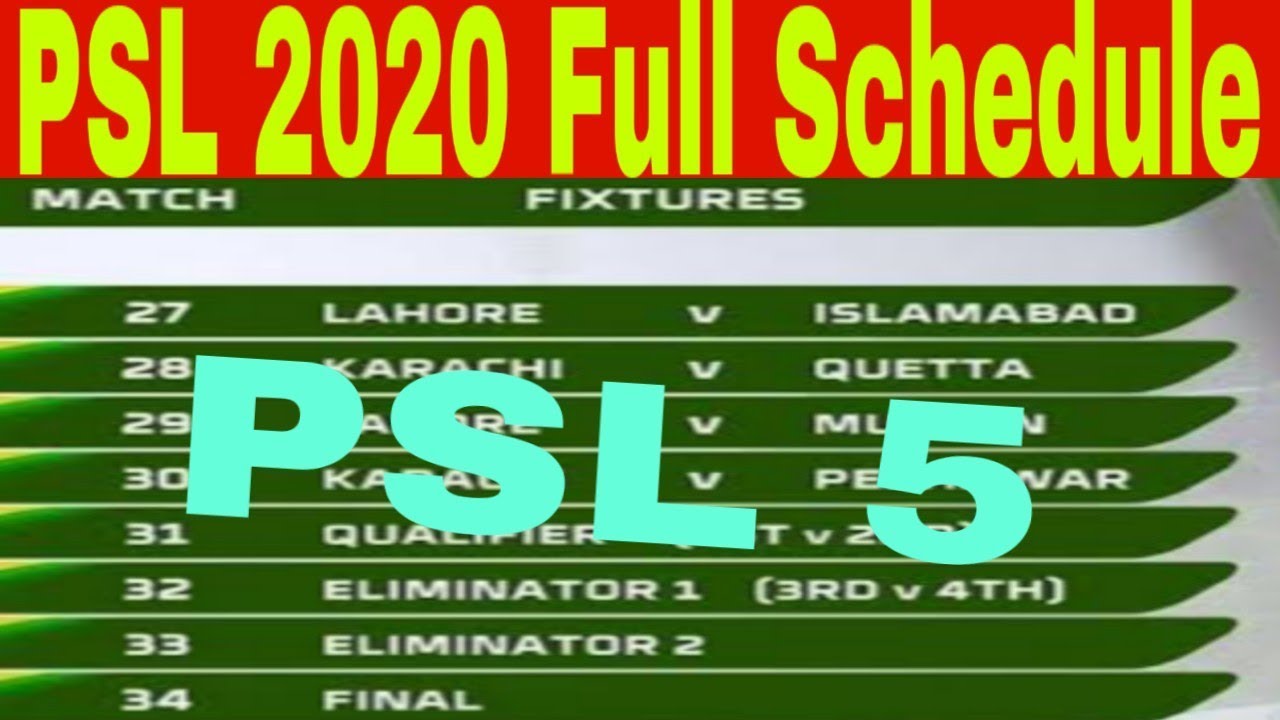 Pakistan Cricket Board has announced the schedule of the Pakistan Super League 2020. All 34 matches of the tournament, which will be played from February 20 to March 22, will be played at 4 different stadiums across the country.

Chairman PCB says that after hosting Test cricket in the country, all matches of PSL is a great success of Pakistan Cricket Board being held in Pakistan. The inaugural match of PSL 2020 will be played between defending champion Quetta Gladiators and two-time champions Islamabad United at the National Stadium Karachi. The fifth edition of the league will be held on March 22 at Gaddafi Stadium Lahore. 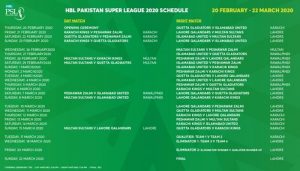 The sole qualifier for the event will be played at the National Stadium Karachi, while both the Eliminators and the Finals will be handed over to Gaddafi Stadium Lahore. The 14-match event of 34 matches will be played at Gaddafi Stadium Lahore, 9 National Stadium Karachi, 8 Pindi Cricket Stadium Rawalpindi and 3 Multan Cricket Stadium. 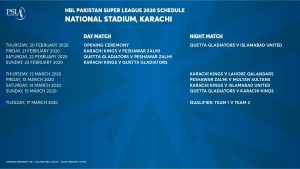 The Lahore Qalandars will play their eight matches in Lahore while the one in Karachi and Rawalpindi.

Defending champion Quetta Gladiators will play four matches in Karachi, 3 in Lahore, 2 in Rawalpindi and one in Multan.

Peshawar Zalmai will play five matches in Rawalpindi, 3 in Karachi and one in Lahore and Multan in the next edition. 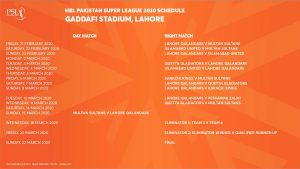 Islamabad United will play its five matches in Rawalpindi, 3 in Lahore and 2 in Karachi.

The Multan Sultans will play five matches in Lahore, 3 in Multan while one will play one match in Rawalpindi and Karachi.

Karachi Kings will play their five matches in Karachi, 2, 2, Lahore and Rawalpindi while one will play in Multan. 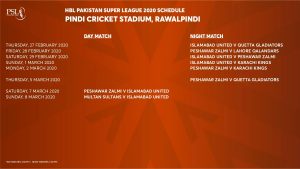 Chairman Pakistan Cricket Board (PCB) Ehsan Mani says that after hosting Test cricket in the country, all the matches of PSL is a great success of the Pakistan Cricket Board. He said that it is Pakistan’s league and all its matches should be played on home grounds. Ehsan Mani said that at the end of the last edition, he had promised the people of Pakistan that all matches of PSL 2020 will be held in Pakistan and that promise is coming true today. Chairman PCB said 36 foreign players are participating in the fifth edition of PSL. 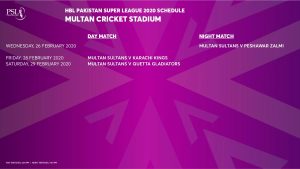