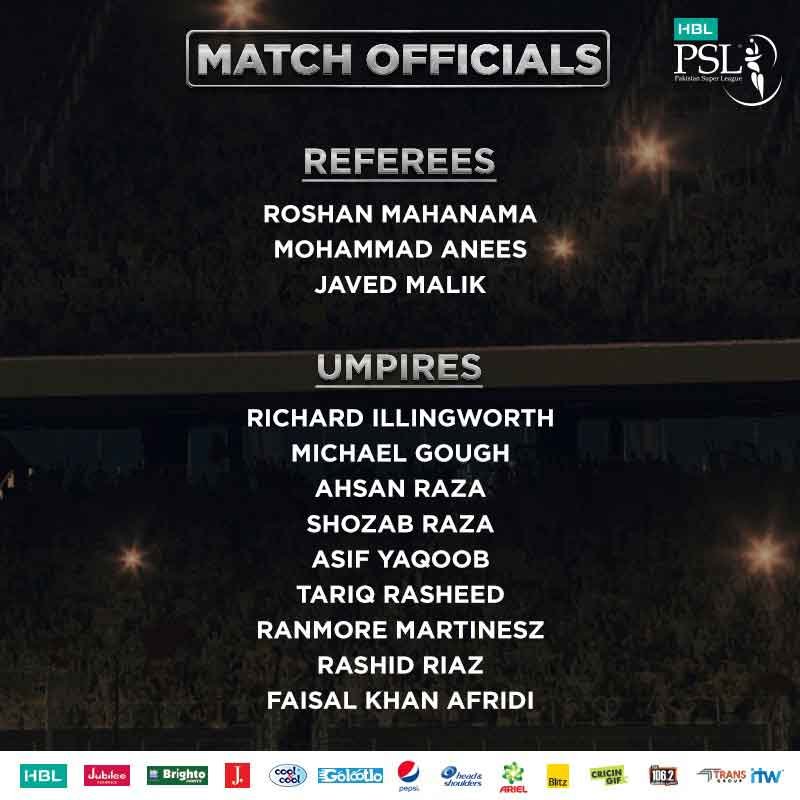 Pakistan Cricket board initially announced match officials for the first 30 matches. In the first match of PSL 5 between Quetta Gladiators and Islamabad Untied that will be played in Karachi. Umpire Richard Ellingwood and Faisal Afridi will be match umpire while Roshan Mahanam will be the match referee.

Pakistan’s biggest cricket event “Pakistan Super League” will start on 20th February and will be played in different cities in Pakistan till 22nd March.