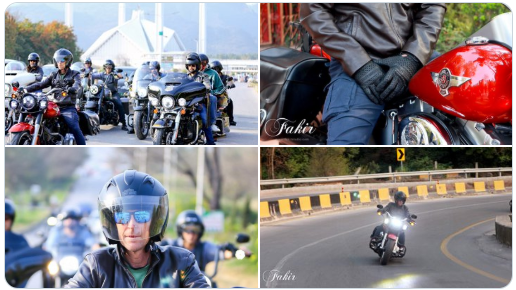 On the social networking site Twitter, Jonty shared the picture and said in the message that as a player I did not get to roam, but as a commentator, it was a lot of fun.

Jonty added that as players traveled to different countries, most were confined to airports, hotels, and stadiums and did not get a chance to tour.

During my playing days, I never got to see much of the countries that I toured: airports; hotels; grounds! Now as coach and commentator, am making sure that I experience as much as possible. Thanks to The Clan for the awesome ride #faisalmosque #murree pic.twitter.com/thAKeI5r8L