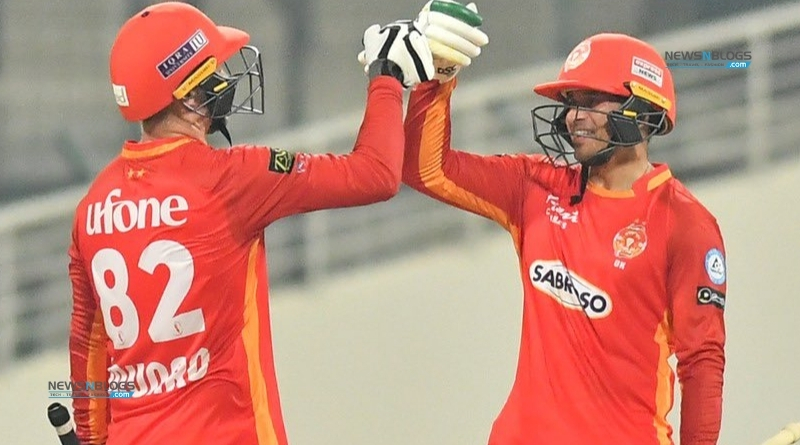 In the match of the sixth edition of Pakistan Super League (PSL), Colin Munro and Usman Khawaja led their team to victory against Quetta Gladiators and broke many records thanks to their aggressive batting.

In the 18th match of the league played in Abu Dhabi, Quetta Gladiators batted first and piled up 133 runs.

In pursuit of the target, Colin Munro and Usman Khawaja batted brilliantly and not only gave their team victory in 10 overs but also set new records. Islamabad United achieved the target of just 10 overs before the end of the innings and thus became the first team to do so in the PSL.

Relive one of the most entertaining innings in the history of #HBLPSL and we promise you we will keep these gems coming! 💎 #MatchDikhao l #HBLPSL6 I #IUvQG pic.twitter.com/Ou4l4B8yGA

Thanks to the aggressive batting of both the players, United made full use of the power play in the first six overs and scored 97 runs which is a record in the PSL.

Nottinghamshire holds the record for most runs scored in an overall power play, having scored 106 against Durham in 2017.

The duo put on an unbeaten 137-run partnership and set a new record for the fastest century partnership in the PSL, both facing 38 balls to score a century.

Earlier, the Gladiators held the record for the fastest century partnership and in 2017, Sarfraz Ahmed and Kevin Pietersen completed a century in just 7.3 overs.

It is to be noted that with the victory in this match, the team of Islamabad United has reached the second position in the points table while the chances of the Quetta Gladiators to reach the playoffs have almost run out as they have won only one match out of six.