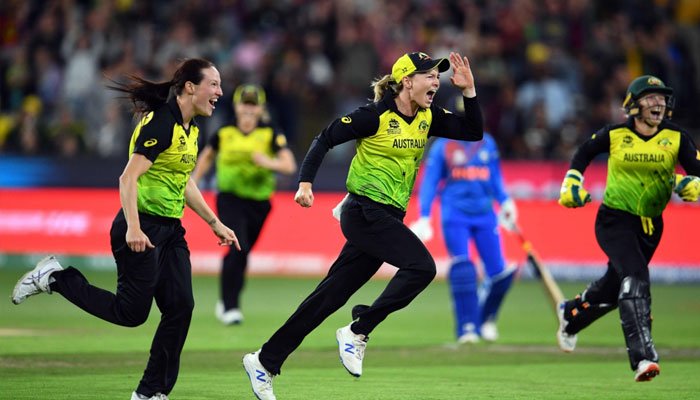 Alyssa Haley from Australia scored 75 off 39 balls with 5 sixes and 7 fours. While Beth Mooney put on an incredible performance of 78 runs with 10 fours. Australia scored 184 runs in the loss of four wickets in the stipulated 20 overs to give India a target of 185 runs.

In pursuit of Australia’s target, the Indian team performed disappointingly from start to finish and the entire team was out on 99 runs in 20 overs. Deepti Sharma scorer 35 runs while Australia’s Megan Scott took four wickets and Jaz Janssen three.

This is the fifth World T20 Cup title for the Australian Women cricket team.

The Women’s T20 World Cup was held in Melbourne on International Women’s Day, which was attended by 86,000 spectators. Indian tennis star Sania Mirza and Australian fast bowler Mitchell Starc were also at groud to support their teams.

Ahsan Raza of Pakistan and Kim Cotton of New Zealand played the duties of umpiring the Women’s T20 World Cup.