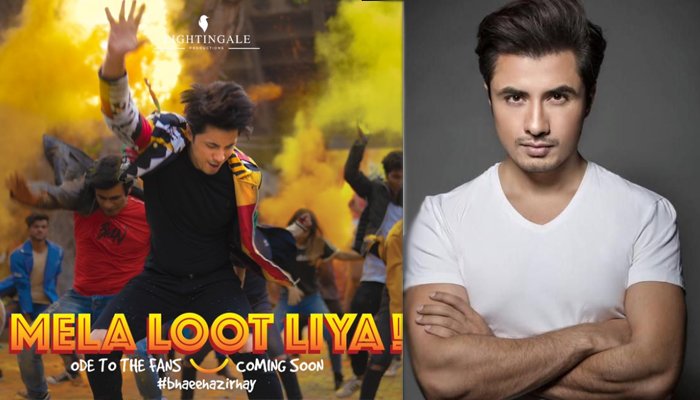 Ali Zafar, who will release the new song of Pakistan Super League (PSL) Season Five on Sunday evening, released a photo snap for the fans. On the micro-blogging site Twitter, Ali Zafar shared the first glimpse of his song and wrote, ‘This low first look.’

He also wrote the hashtag ‘Bahihazirhain’.

According to the first glimpse shared by Ali Zafar, the title of the song is ‘Mela Loot Lia’. Before the release, Ali Zafar made this anthem for fans. Earlier, Ali Zafar had stated in a video message that he had worked hard to make the song, Ali Zafar said that he would release the song on Sunday evening.