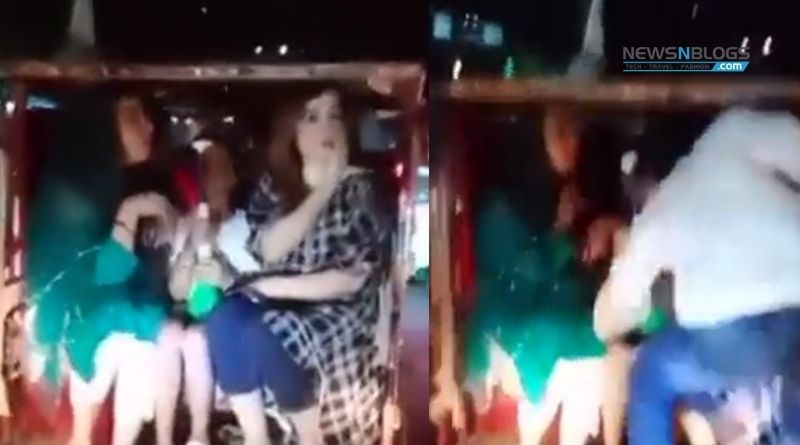 The video of the obscene act of some boys who were harassing the girl sitting in Chingchi rikshaw went viral on social media.

After the incident at Greater Iqbal Park in Lahore, a video went viral on social media where some boys can be clearly seen harassing a girl who is sitting in Chingchi rikshaw.

Where are ALL those men and women who were spitting hate in a Space last night??? Are these women TiKTokers too?? What did they do to invite such behavior?? Are women safe? Is anyone listening? 😡😡#ayeshaakram #ayeshaakramexposed #lahoreincident #اقرارالحسن_کو_گرفتار_کرو pic.twitter.com/uHaWi6uX1z

In a video that went viral on social media, it can be seen that a boy forcefully kissed a girl who was sitting in the rickshaw and ran away. In such a situation, many other boys also move towards the Changchi rickshaw but the other girl sitting next to the girl takes off her slippers and stops those coming towards them.

However, with regard to the viral video, it is not clear what city and location the video belong to, but it is possible that the incident took place in Lahore on the occasion of the Independence Day celebrations.