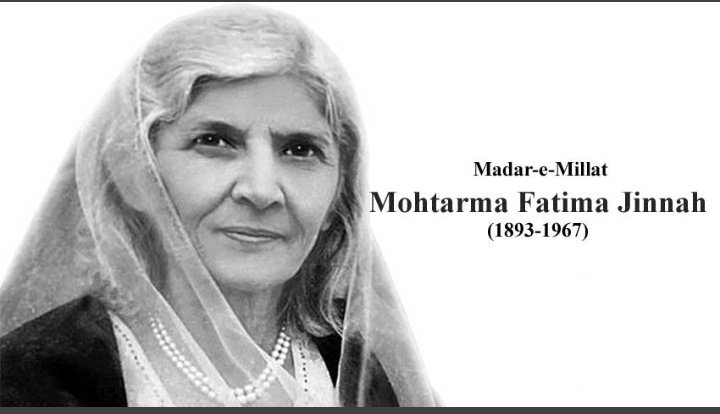 The 50th birth anniversary of Mother Nation Mohtarma Fatima Jinnah is being celebrated with devotion and respect all over the country today. Fatima Jinnah was born on July 30, 1893, in Karachi. Ms. Fatima Jinnah played a key role in the Tehreek-e-Pakistan. She walked alongside her brother Quaid-e-Azam Muhammad Ali Jinnah. She worked very hard and united the women of the subcontinent on one platform.

Fatima Jinnah, the younger sister of Quaid-e-Azam Muhammad Ali Jinnah, the founder of Pakistan, not only supported her brother but also stood by him in the Tehreek-e-Pakistan and awakened women.

Today, on the occasion of the 53rd birth anniversary of Ms. Fatima Jinnah, conferences and seminars have been organized by various parties and women’s wings. In which Fatima Jinnah’s services in Tehreek-e-Pakistan will be highlighted