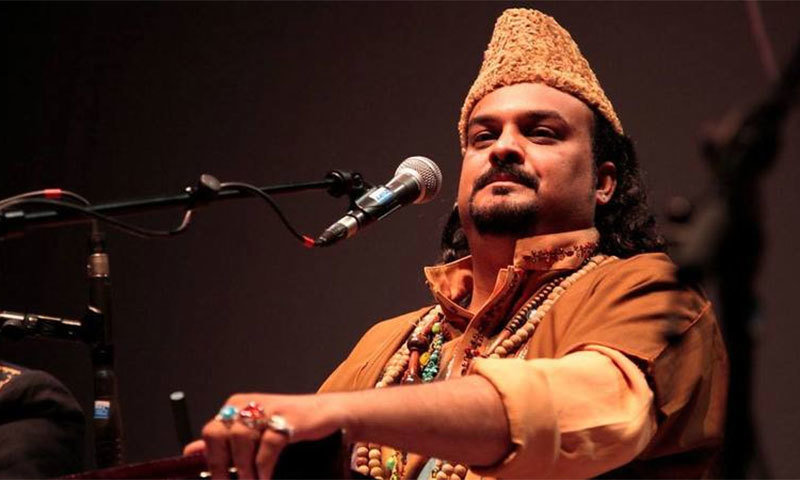 In Ramadan on 22 June 2016, the Prominent Qawwal Amjad Sabri was shot dead in Liaqatabad area of Karachi. Amjad Sabri belonged to the well-known Qawwal Sabri family and was the son of Ghulam Farid Sabri.

Amjad Sabri was born on December 23, 1976, and started his artistic journey in 1988 and presented his father’s famous Qawwali Tajdar-e-Haram in such a way that the listeners swayed.

Amjad Sabri was successful in gaining popularity all over the world due to his excellent voice and individuality and people in India were fans of him.

Amjad Sabri introduced new experiments in the field of Qawwali to make it popular among the people and presented it with innovation.

One of his most famous Qawwali was his father and Uncle Maqbool Sabri’s Qawwali “Tajdar-e-Haram”. Amjad Sabri present in a new style and became very popular.

Here are the top 5 best Qawwali of Amjad Sabri.

Another of his famous verses was ‘Bhar Do Jhooli’ which was sung by his father and uncle before him.