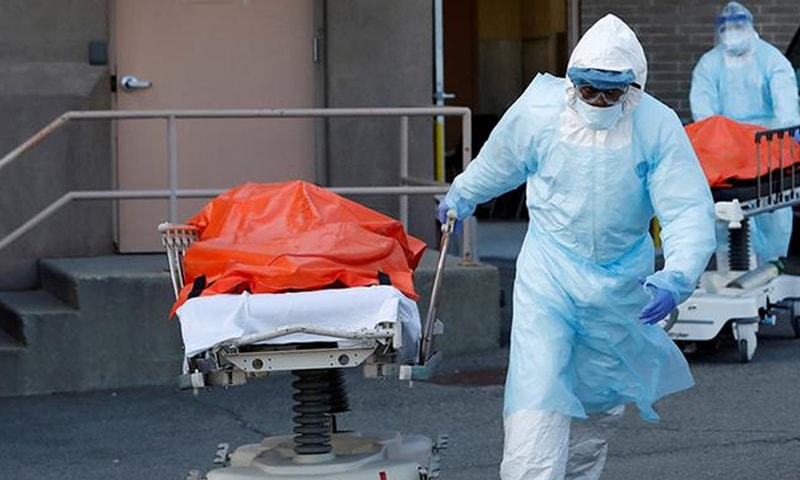 The spread of the deadly coronavirus in Pakistan, which has affected more than 185 countries around the world, is also accelerating with each passing day, as a result of which 32,674 people have been affected and 724 lives have been lost in the country so far.

According to official figures, 1146 new cases have been confirmed so far. Today (May 12), more cases of coronavirus, deaths, and recovery in Pakistan were confirmed.

Another 593 cases of coronavirus and 18 deaths were reported in Sindh.

Sindh Chief Minister Murad Ali Shah said that 4,064 tests were conducted in the last 24 hours in the province out of which 593 tested positive.

He said that the total number of victims in the province has reached 12,610.

According to Murad Ali Shah, 80 more people recovered in 24 hours, bringing the number to 2,229.

However, he said there had been 18 deaths in the last 24 hours, the highest in a single day in the province so far, bringing the total number of deaths from the virus to 218.

Another 301 cases of coronavirus and 14 deaths were recorded in Punjab.

According to the spokesperson of primary and secondary health care, the number of victims in the province after these new cases has risen to 11,869.

He said that 14 more people lost their lives in 24 hours in the province, bringing the total death toll to 211.

According to data provided by the official website, 37 more people were infected with the virus in Islamabad, bringing the total number of cases from 679 to 716.

According to statistics, the coronavirus has infected 15 more people in Gilgit-Baltistan.

Since then, the number of people affected by the Corona epidemic has risen from 442 to 457.

Although Azad Kashmir has so far been the least affected by the virus and no deaths have been reported, new figures confirm the first death there.

Besides, no new case was reported in Azad Kashmir during the last 24 hours and the number of certified cases remained at 86.

However, despite new cases and deaths in the country, the number of recovered cases has also increased.

This rapid increase in the number of recovered cases is a source of hope for those infected with the virus.

According to official figures, another 343 people in Pakistan have recovered from the virus.

Since then, the number of healthy people in the country has increased from 8212 to 8555.

After all these cases, if we look at the overall situation of the country, so far 32674 people have been affected out of which 724 have died while 8555 have recovered. Thus, there are still 23,395 active cases in the country.

The highest number of cases in Sindh province at present is 12,017, followed by Punjab and 11,869 people are affected.

The number of victims in Khyber Pakhtunkhwa is 4,875 while in Balochistan 2,061 people have fallen victim to the epidemic.

The virus has infected 716 people in Islamabad, 457 in Gilgit-Baltistan, and 86 in Azad Kashmir.